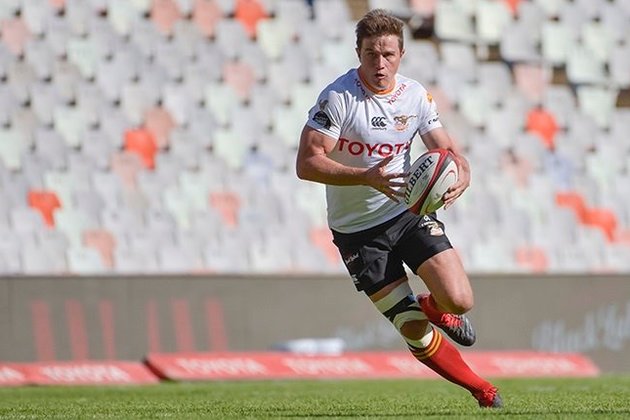 Sport24 asked: How did you feel about calling time on your career?

William Small-Smith: It was a tough decision but ultimately the right one. I had one or two concussions a season over a period of 10 years and the last concussion was a strange one. We were playing against the Sharks and I took a normal tackle to the chest - with no direct contact to my head - and I just lost consciousness. I felt like a wounded boxer and was getting knocked out too easily. I spoke to my medical team in Bloemfontein and they agreed I should see Dr Jon Patricios, who is at the pinnacle of concussion therapy and research through Wits. My balance and memory was fine and I didn't have pulsing headaches but my optical reactions were extremely slow. My first test score was 59% and to put it into perspective top sportsmen score around 90%. I was feeling fine but I couldn't believe I was so far off the mark and how dumb my eyes were. Concussion is strange because everybody has different symptoms. I haven't taken contact since December 27 and I'm feeling good now. I knew it could only get worse if I didn't call time on my career. The reality is that you can't play rugby if every time you get a bump to the head you have to take a four-month break.

Sport24 asked: Is enough done to support players with concussion?

William Small-Smith: There has really been a big emphasis on zero tolerance for direct contact to the head, underlined by the number of red cards handed out. Team doctors are very aware when a player gets a bump to his head and there are protocols in place to help you recover and get back on the field. When you play rugby you voluntarily take part in a high-risk, high-impact game. From a World Rugby and SA Rugby point of view, there are plenty of tools to help players but they also need to take responsibility for themselves. A player needs to be able to say, "I'm not feeling right and I need a bit more time and help." I'm 29 now but I've been there - you're young and eager to play - when you get concussed, fail your first test; pass your second and the next weekend you're back on the park because you want to be. Some of the responsibility also lies with the player. He needs to be able to say, "Listen here, I passed my test but I'm not feeling well." Rugby is a contact sport, so as players we sign on for a bit of risk. It's just about managing your risk and finding a leeway where players can have long, healthy careers... I don't know Pat Lambie personally but have heard his story. We differ in the sense that he had headaches afterwards whereas my symptoms are more hidden. I am very sad we lost a guy like him to concussion because he still had a long career ahead of him. I was probably coming towards the end of mine even though I look like I could still play Craven Week!

Sport24 asked: Was your collapse in 2019 the beginning of the end?

William Small-Smith: It was a freak incident and that was probably the beginning of the end for me to be fair. You need to have a sense of invincibility when you take to the field and perform at a certain level. Two years ago, I collapsed at a captain's run. We were not even training hard and only doing some passing. I called our physio and said, "JP, I'm not feeling well." I then woke up in hospital about an hour later. Some say it could have been an epileptic seizure while others say it was my eyes which were already triggered by the light reflecting on that sunny day because since that I've had five concussions in a period of a year. It just shows that nobody is invincible and your health is something you need to take care of. After my collapse at training, my wife Christie was also a bit scared for me. It wasn't about the game anymore and basically about surviving. Rugby players put their wives through a lot, so I have to thank her for her support. She really was a pillar in my career.

Sport24 asked: Your opinion on the Cheetahs' PRO Rugby axing?

William Small-Smith: It was a privilege to play rugby as my profession and I loved it at the Cheetahs. I believe Rassie Erasmus and Jurie Roux are trying to do what is best for South African rugby. I don't think they are out with their pitch forks trying to kill the Cheetahs or to only have four unions. I believe they are fighting for the financial survival of South African rugby and have plan with it all. However, I'm frustrated how things played out. When you're in the Cheetahs' shoes it's a bitter pill to swallow. First we were in Super Rugby and then got kicked out. We forged our way in the PRO14, played in the play-offs in our first year and were then told, "Sorry, you're out!" It's tough for the players not knowing which tournament they're playing in and if they're going to be relevant anymore. You can't blame anyone personally because I believe the decision-makers are trying to do what's best for South African rugby. However, it would really be a shame if the Cheetahs aren't part of the future of SA rugby. They play an integral part in the development of our players and serve as a feeder system to the Springboks. So many players made their name at the Cheetahs and if that structure falls away, how are we going to ensure that we have the biggest catchment area of players and talent? Fortunately chairman Ryno Opperman, managing director Harold Verster and coach Hawies Fourie are competent and behind the scenes I'm sure they are trying to make the best plans.

Sport24 asked: What were your experiences like in the PRO14?

William Small-Smith: Touring was tough playing in those (northern hemisphere) conditions but I love the UK. We were an expansive team, so had to adapt to the two degrees temperate with mud, wind and rain. We learned a lot of lessons. It's a bunch of quality teams in a top-notch competition and I think our performance will be judged on how the four SA franchises fare up north. If they go there and beat everybody and all finish undefeated then that's one thing. But the reality is that you are playing against quality international players and it's a great league to be part of. When COVID-19 restrictions ease, I'm looking forward to seeing how the South African sides fare. When we were playing PRO14, they were playing Super Rugby and a lot of people thought PRO Rugby was not as difficult. However, when you go play Leinster in Dublin or Ospreys in Swansea it's no easy assignment. On the flipside, the PRO14 teams struggled at altitude and in the heat of Bloemfontein.

Sport24 asked: Your take on Raymond Rhule's form in France?

William Small-Smith: I still know Raymond from school as Parker-Wood. He also played Free State Academy and Craven Week with me. I remember Dean Hammond was ruled out with injury during the 2012 under-20 World Championship. I was co-captain along with Wiaan Liebenberg and coach Dawie Theron said at the time, "Listen guys, we've got an injury out-wide." Raymond had just made his breakthrough at Shimlas and I said, "Coach, I've played with the guy. He is multi-talented, can play any position and puts his body on the line." He checked and said, "Sorry but there's no Raymond Parker-Wood!" I then said, "I think his surname is Rhule now." Raymond then got drafted into the team. When he was at the Cheetahs he was so elusive on the wing. He had a great side-step and was so fast. It's great to see him make the transition to centre at La Rochelle and it shows if your skillset is broad enough you can play almost anywhere... I wanted to play 13 throughout my whole life but former Cheetahs coach Franco Smith said to me, "It's about getting the best guys on the field and it doesn't matter the number on your back - just play!" I believe the future of backline play is like the Australian way where players can play multi-positions. Our players must adopt the mindset of becoming good at as many skills as possible and wherever they play are contributing to the team.

Sport24 asked: Your outlook ahead of the British &Irish Lions series?

William Small-Smith: There is a bunch of talent in the British & Irish Lions set-up and they will come over to South Africa with a quality team. That said, the Springboks are the reigning world champions and our team will be filled with superstars. We have multi-talented players and are led by an inspirational captain. If everybody is fit and healthy, my starting backline for the first Test would be Faf de Klerk, Handre Pollard, Makazole Mapimpi, Damian de Allende, Lukhyano Am, Cheslin Kolbe and Willie le Roux. That is the backline that won us the World Cup... Handre has just returned from an ACL injury and I take my hat off to him for the way he is doing it at Montpellier. In terms of my injuries, I have broken toes, torn tendons in my foot, had five or six knee operations, two shoulder injuries, a broken hand and a couple of broken noses. However, like Handre, my big injury was my knee (with the under-20s) and I came back a bit too soon. Double knee injuries one straight after another is a tough thing. My rugby career could have just as well ended at 21, so to have had another eight years of professional rugby is a blessing. In terms of Handre, I really hope he is fit and strong for the impending series. He was an 18-year-old boy when I first played against him and someone I later played alongside at the Junior World Championship. You need to have a certain amount of talent, mental toughness and be able to put the hard work in during rehabilitation to come back from the injuries he's had. To perform at the level he's been performing at consistently is unbelievable. I remember he also injured his shoulder a few years ago. He subsequently picked up an infection and was so sick. Coming back from that and playing any rugby was a near-miracle let alone winning a World Cup. I hope he'll be the 'general' for the series because he is a special player. 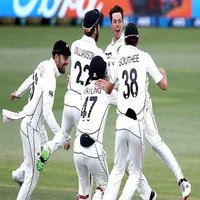