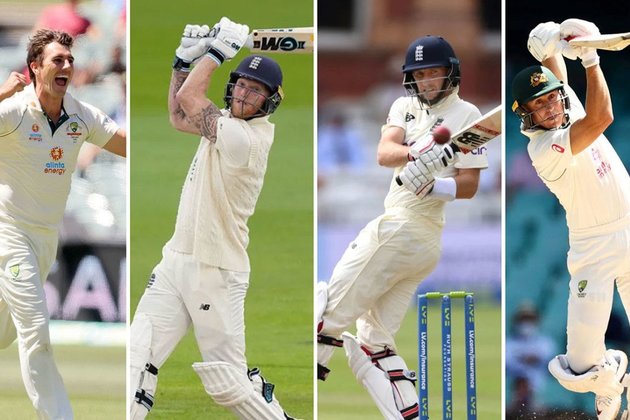 Squad vs Squad: how do Australia and England stack up?

After fraught build-ups for both teams, the actual cricket part of the men's Ashes is almost here. England are unfancied coming into the series, but Australia have not played Test cricket since January when they lost at home against India. There are questions over the batting although the bowling remains strong. So, heading into the first Test, how do the two squads stack up?

Given the weather that has been around Brisbane and the fact the second Test is with the pink ball, it could be a challenging time for those going in at the top. For England it is one of the areas where they feel a little lightweight; they can ill-afford for Joe Root to be regularly walking in at 30 for 2. A lot will rest on Rory Burns whose average of 32.30 belies some of the good work he has done while Dawid Malan's previous experience in Australia (he scored a century in Perth last time) will be important. There is uncertainty for Australia, too, with Marcus Harris retaining his place with a Test average of 23 but either side of him are two powerhouse players. David Warner's 2019 Ashes continues to stalk him but his home record is outstanding - he was batting on one leg against India last summer. And at No. 3 they have one of the modern-day run machines in Marnus Labuschagne who also has the advantage of being one of the players with some substantial first-class preparation under his belt.

Who comes out on top? Australia, although England will fancy early inroads.

There is a great player on either side with Steven Smith and Joe Root, the latter currently the No. 1 men's Test batter but Smith is close behind and with the memories of the 774 runs he made in 2019. For Root this is probably his last chance to define a series in Australia - a place where he has yet to make a Test hundred. For England to win, Root must have a big series, although the same might be said of Smith. Beyond that duo it gets interesting. Ben Stokes' return makes a massive difference - he is England's second-best batter behind Root - and few players can grasp the big occasion like him. The challenge will be his lack of cricket. For both teams there is uncertainty over the final batting spot; it's Head vs Khawaja (the former appears set to get the nod) and probably Bairstow vs Pope. Either side's bowlers will probably feel reasonably confident. Australia's No. 6 is the still inexperienced Cameron Green, but he is a prodigious batting talent. The comparisons with Stokes as an allrounder will naturally followed, however his long-term further may yet be a No. 4 or 5.

Who comes out on top? Tough to call. Probably the winner of Smith vs Root. And how Stokes goes.

After a chaotic couple of weeks, Australia will have a new wicketkeeper following Tim Paine's resignation and his subsequent time away from the game. There are plenty saying it makes Australia a better team, but a Test debut in an Ashes is a tough beginning and Alex Carey's form this season is mediocre. Not that England have a huge amount of stability in the position with Jos Buttler coming off a lean series against India, but if he lives up to his pre-series talk of having nothing to lose it could be fun whatever happens. If games are on the lower-scoring side, brisk cameos from Buttler may make a difference. Although having vastly different experiences in Test cricket, both will also have important leadership roles behind the stumps.

Who comes out on top? Can't judge until Carey has played. Might be a final hurrah for Buttler

There is plenty of narrative in this match-up. Australia's big three are primed to go again, but now one of them is the captain in Pat Cummins as well as being the No. 1 bowler. All eyes will be on Cummins and how he manages himself will be interesting while the head-to-head with Root has all the makings of series-defining. However, Josh Hazlewood is also a huge part of the attack and will pose serious challenges. Mitchell Starc left-arm angle brings another dimension and he is a king with the pink ball while the in-form Jhye Richardson waits as first reserve. On the England side, so much will be about the two senior men James Anderson and Stuart Broad: how much can they play, can they find the right lengths and get the ball to move? It will be a last Ashes tour for both. For so long the planning was around having a battery of pace to complement them, but in the end only Mark Wood has made it. He will have to be managed carefully for maximum impact. Keep an eye on Ollie Robinson who has been compared to Hazlewood.

Who comes out on top? Australia's home advantage will take it unless England can go full 2010-11

Spin played very much a bit-part role for England during their home summer, partly because of the difficulty in balancing the team without Stokes. However, it remains to be seen whether they will immediately reintroduce Jack Leach given the weather leading into the first Test. He has rarely let England down when given the chance. Nathan Lyon, meanwhile, remains poised on 399 Test wickets having not been able to reach the landmark when he was nullified by India last season. He has come in for some criticism from Shane Warne, but the overall record remains impressive. He will also hope Starc keeps his place to create some footmarks. Legspinner Mitchell Swepson has pushed hard for consideration but his chance will likely have to wait for overseas tours. Don't be too surprised if England add their legspinner, Matt Parkinson, to the squad after the Lions leg of the tour is finished.

Who comes out on top Australia, through Lyon's weight of experience

Andrew McGlashan is a deputy editor at ESPNcricinfo