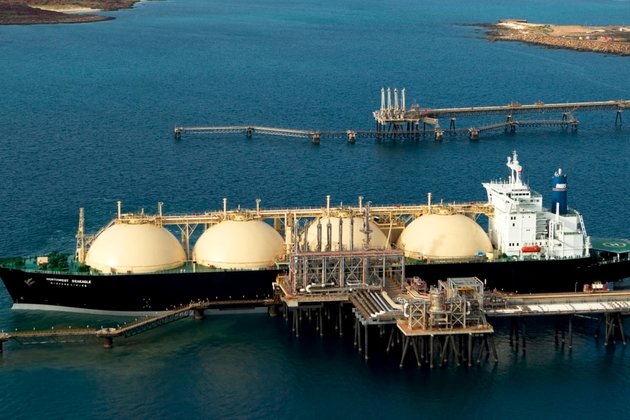 SYDNEY - Australia has offered to provide additional liquefied natural gas to Europe, should Russia decide to cut off energy supplies as tensions rise over Ukraine.

As tensions over Ukraine grow between Russia and the West, there are mounting fears that Moscow could reduce or shut down the gas it supplies to Europe.

The European Union is already short of gas after the easing of COVID-19 restrictions put huge demands on depleted stocks. The EU depends on Russia for around a third of its gas supplies and could need alternative sources as fears of a Russian invasion of Ukraine escalate.

Australia is one of the world's leading producers of liquefied natural gas or LNG and is prepared to boost its exports to European countries.

Trade Minister Dan Tehan said in a statement Thursday that Australia was "ready to support our friends and allies in the current challenging and complex, geostrategic environment."

Ukraine: What We Know

"Australia, the United States and Qatar together supply about 50% of the world's LNG as shipped natural gas, whereas what Russia provides, obviously, is via pipeline," he said. "But there is some flexibility there. So, what is happening now is that they are looking to see if they can get supplies from elsewhere. The U.S. is trying to coordinate some of that, and some Australian gas has already been used to help supplement the problem at the moment, and, of course, it could get worse if the situation in Ukraine gets worse."

Russia's gas exports to Europe are mostly pumped through pipelines that go through Ukraine or other Eastern European nations. Moscow has insisted that the Ukrainian system was dilapidated and has accused its neighbor of stealing gas.

Analysts have said that Russia could be using tensions over Ukraine to promote its plan for a new gas pipeline to Germany that bypasses Poland and Ukraine.

The Australian government has also urged its citizens to leave Ukraine immediately, as Russian troops gather on the border and the threat of an invasion grows.

The government has estimated there are about 1,400 Australians in Ukraine. Foreign Affairs Minister Marise Payne, said Tuesday the advice to leave was "a cautious and prudent step because the security situation is unpredictable."