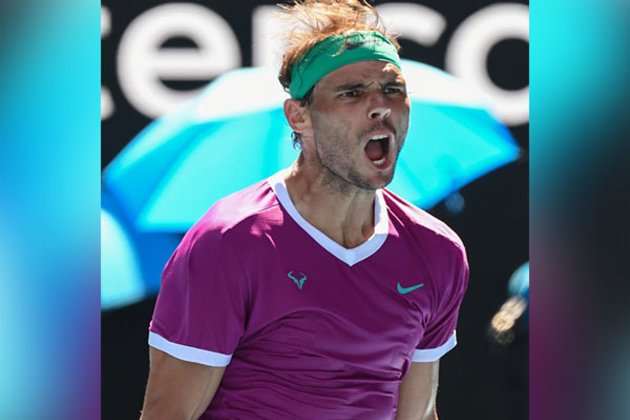 Nadal defeated Italy's Matteo Berrettini 6-3, 6-2, 3-6, 6-3 in the semi-final here at the Rod Laver Arena to storm into his sixth Australian Open final.

The 35-year-old Nadal brought out his A-game in the first set, and he showed impeccable talent with his forehand and backhand, winning the first set 6-3.

The Spaniard continued with his momentum and he did not give his Italian opponent any chance, winning the second set quite comprehensively. Nadal brought out his vintage forehand play and he was just one set away from marching onto the finals.

Berrettini staged a comeback in the third set, and he dominated Nadal, sending the match into the fourth set. For the first time in the match, the Spaniard looked a bit frustrated. This was the first time that Berrettini managed to win a set against Nadal.

However, the 35-year-old Nadal did not get flustered by the third set, and he raised his game winning the fourth set and hence the match to progress into the finals.

Nadal will now take on the winner of the second semi-final between Daniil Medvedev and Stefanos Tsitsipas. (ANI)