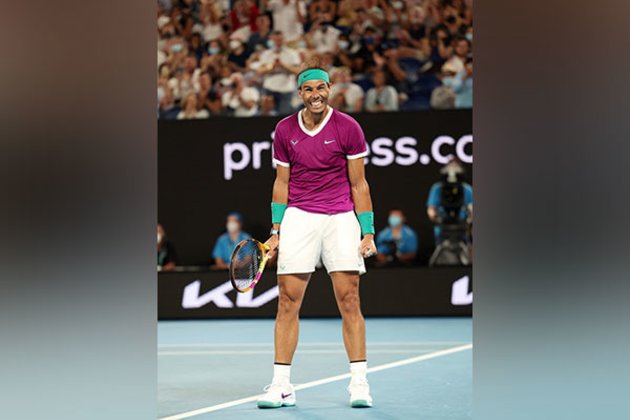 The 20-time Grand Slam champion Spaniard is now one match away from becoming the greatest major champion in history after defeating Matteo Berrettini 6-3, 6-2, 3-6, 6-3 in the AO semi-final.

An emotional Nadal was keen to put things into perspective after the win, reflecting on his journey to yet another Grand Slam championship match after struggling with a foot injury for the second half of the 2021 season.

"It's amazing, and I'm super happy to be able to compete for the past three weeks at the level that I am doing," Nadal said in his post-match press conference, as per atptour.com. "It's surprising for me to be able to play at the level that I am playing. Just competing and playing tennis at this high level again, facing the most important players of the world, it's unbelievable.""For me, it's something completely unexpected, so I am super happy. I always try my best. My goal now is to win. [But] I am taking things in a little bit of a different way now. Of course, with the competitive spirit that I have, I can't go against that. It's my personal DNA.""But in some ways, [just to] be able to have the chance to compete at this level, it's positive energy for me to keep going, because being very honest, for me, it is much more important to have the chance to play tennis than win number 21," he added. (ANI)