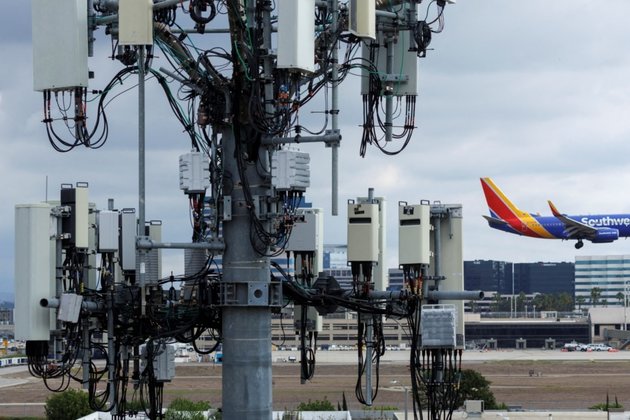 The U.S. Federal Aviation Administration announced Friday U.S.-based telecommunications companies AT&T and Verizon can activate more of their fifth-generation, or 5G, transmitters after consultation with the agency.

Earlier this month, the telecommunication companies agreed they would delay launching the new wireless service near key airports after weeks of legal wrangling with the nation's largest airlines and U.S. government regulators that feared the 5G service would interfere with aircraft technology and cause massive flight disruptions.

But in its release Friday, the FAA said both companies provided additional data about the exact location of wireless transmitters and supported more thorough analysis of how 5G C-band signals interact with aircraft instruments.

The agency said it used that data to precisely map the size and shape of the areas around airports where 5G signals might interfere with aircraft, allowing the regulators to shrink the areas where wireless operators had to delay their antenna activations.

The FAA said that will allow wireless providers to safely turn on more towers as they deploy new 5G service in major markets across the country. The agency expressed its appreciation for the 'collaborative approach' AT&T and Verizon took in providing the data.

The FAA says it is continuing to work with helicopter operators and others in the aviation community to ensure they can safely operate in areas of current and planned 5G deployment.

Some information for this report came from Reuters.