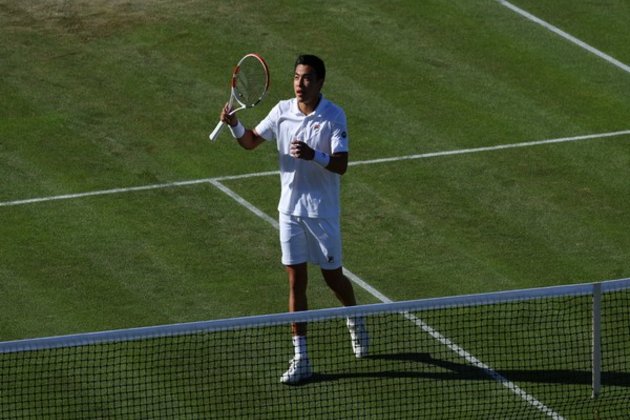 London [UK], July 3 (ANI): Brandon Nakashima continued his stunning Wimbledon 2022 run with a win over Daniel Elahi Galan in the third round of the event on Saturday.

He faces a tough fourth-round assignment if he wants to extend his run at SW19 further -- he next meets Nick Kyrgios.

Nakashima joins Frances Tiafoe, Tommy Paul, and Taylor Fritz in the fourth round. That describes the most American men in the last 16 at the All England Lawn Tennis Club since 1999, and the most to reach the fourth round at a major since the 2011 US Open.

Alex Molcan produced a powerful match performance in style and advanced in the fourth round with a comfortable 6-4, 6-1, 7-6(3) victory against Alex Molcan. The 24-year-old only previous run to the second week of a major was at January's Australian Open.

Fritz next faces Jason Kubler, after the Australian came through a five-set tussle with Jack Sock to keep his dream run at the All England Lawn Tennis Club alive. In a clash between two 29-year-old qualifiers, it was Kubler who found something extra at the tail end of a four-hour, 15-minute epic. The World No. 99 broke in the first and ninth games of the deciding set to round out a 6-2, 4-6, 5-7, 7-6(4), 6-3 victory. (ANI)