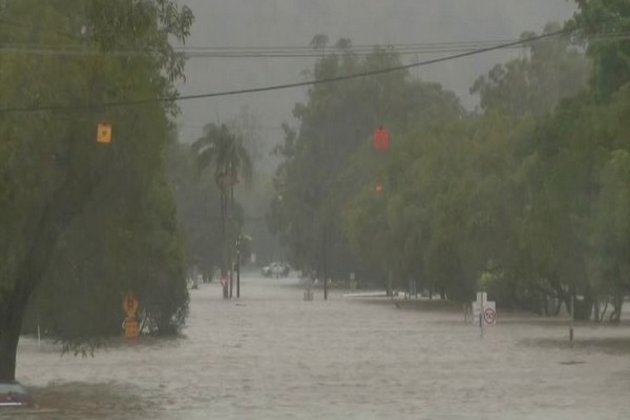 Sydney [Australia], July 3 (ANI): Amid incessant severe rains, Sydney's main dam spilled overnight, and thousands of New South Wales (NSW) residents on Sunday were told to evacuate due to expected heavy rains which may bring "life-threatening emergency."NSW residents living on the coast between Newcastle and Batemans Bay have been warned wild weather conditions are likely to worsen over the next 24 hours as floods hit the east coast once more.

The weather bureau warned of heavy rainfall potentially leading to flash floods and landslides along the east coast region from Newcastle to Bateman's Bay in New South Wales state, with rain expected to intensify over the next two days.

Cooke said tht the current rainfall and flash flooding is a "life-threatening emergency situation", as thousands of people in low-lying areas across Sydney's south-west have been ordered to leave their homes or risk becoming isolated.

More than 1400 calls for help to the NSW State Emergency Service (SES) have been made in the last 24 hours, and emergency services have had to make 29 rescues.

More than 200 millimeters (8 inches) of rain have fallen over many areas with some hit by as much as 350 millimeters, the Bureau of Meteorology said, warning of flood risks along the Nepean River.

The heavy rains caused Sydney's main dam to spill overnight, water authorities said, adding that modelling showed the spill would be comparable to a major spill in March 2021 at the Warragamba Dam, reported CNN.

"There's no room for the water to remain in the dams. They are starting to spill. The rivers are flowing very fast and very dangerous. And then we have the risk of flash flooding, depending on where the rains are," State Emergency Service Commissioner Carlene York said.

In the past day, 29 people have been rescued from floodwaters, including one who was hanging on to a pole for an hour as workers struggled to reach them, reported CNN.

The Australian government has provided the state with 100 troops who are helping with sandbagging and two helicopters to aid with any rescues, Defense Minister Richard Marles said on Sky News. (ANI)