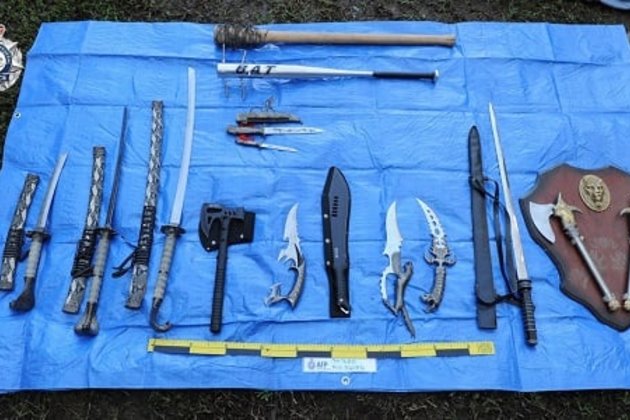 Editor's note: Images are available for download via Hightail

A Daisy Hill man, 36, is due to appear in a Brisbane court today (5 August, 2022), charged with multiple drug offences, following an AFP investigation.

Investigators from the AFP's Northern Command conducted a search warrant at the man's Daisy Hill home on 9 June, 2022, after several bottles of gamma-butyrolactone (GBL) with a weight of 2.9 kilograms were detected in shipments allegedly addressed to the man and other family members.

During the search warrant officers allegedly located a .22 calibre rifle, as well as a number of knives, axes and swords, an air rifle and alleged drug paraphernalia.

He is due to face Brisbane Magistrates Court today charged with:

The maximum penalty for these offences is life imprisonment.

AFP Detective Acting Superintendent Ben Moses said the AFP was committed to preventing drugs from entering Australia because of the harm they cause in our communities.

"The AFP is working tirelessly to protect the community and create a hostile environment for those seeking to import border controlled drugs like GBL into Australia," he said.

"Removing firearms and other weapons from the community is also a vital step in keeping everyone safe from the types of violent crimes associated with the drug trade."

For free and confidential advice about alcohol and other drug treatment services, call the National Alcohol and Other Drug Hotline on 1800 250 015.